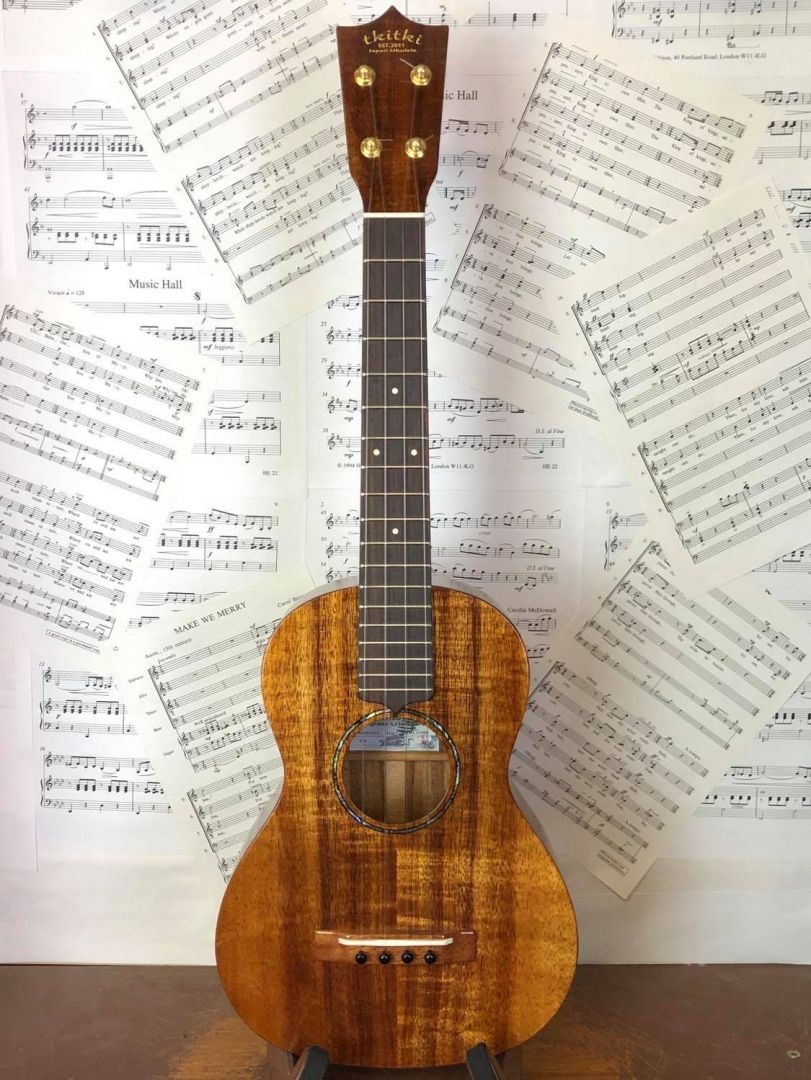 We're sure you'll be just as intrigued by the new TkiTki tenor ukuleles as we are. The Japanese brand have really taken off in their home country and are starting to make a name for themselves here in the UK too. TkiTki ukuleles are all incredibly unique and nothing short of noteworthy.

The TkiTki HK-abalone series is a slightly paired back version of master-built Hawaiian mango ukuleles. They have the feel of a traditional Martin uke, but are absolutely feather light in the hand, completely unburdened from typical modern production techniques.

The semi gloss on this tenor ukulele is so thin and resonant that the wood remains open pore and incredibly resonant. The gloss does just enough to really bring out all of the quirky and sexy notes in the wood grain as you would expect from a 'Japanese style' ukulele.

There are some key differences between Japanese and Hawaiian styles of ukulele manufacture. Typically, the Japanese ukulele market buy a lot of soprano ukuleles so they favour a build from concert and tenor sizes that remains slender, sleek and slightly more traditional sounding. Despite the Hawaiian origin of koa - this wood is the perfect accompaniment to a more slender build shape as it effortlessly produces a complex sound with more mellow tones.

What makes the Japanese tenor ukuleles unique is that the tenor bodies are noticeably smaller than their Hawaiian style counterparts. This TkiTki ukulele looks, feels and sounds like a tenor but it also has an effortlessness that comes with the slender neck and narrower body dimensions. It has all of the rounded, authentic tones you get from traditional concert ukuleles but dialled up to 10.

The pin bridge and lower positioning of the bridge itself on the body creates a slightly brighter, fruitier tone. TkiTki ukuleles are just bursting with life and luster!

Be aware that because this has a light gloss over open pore finish, with no grain filler used, you may find some small pits and anomalies in the finish. They do not have the mirror finish of a Kanile'a!