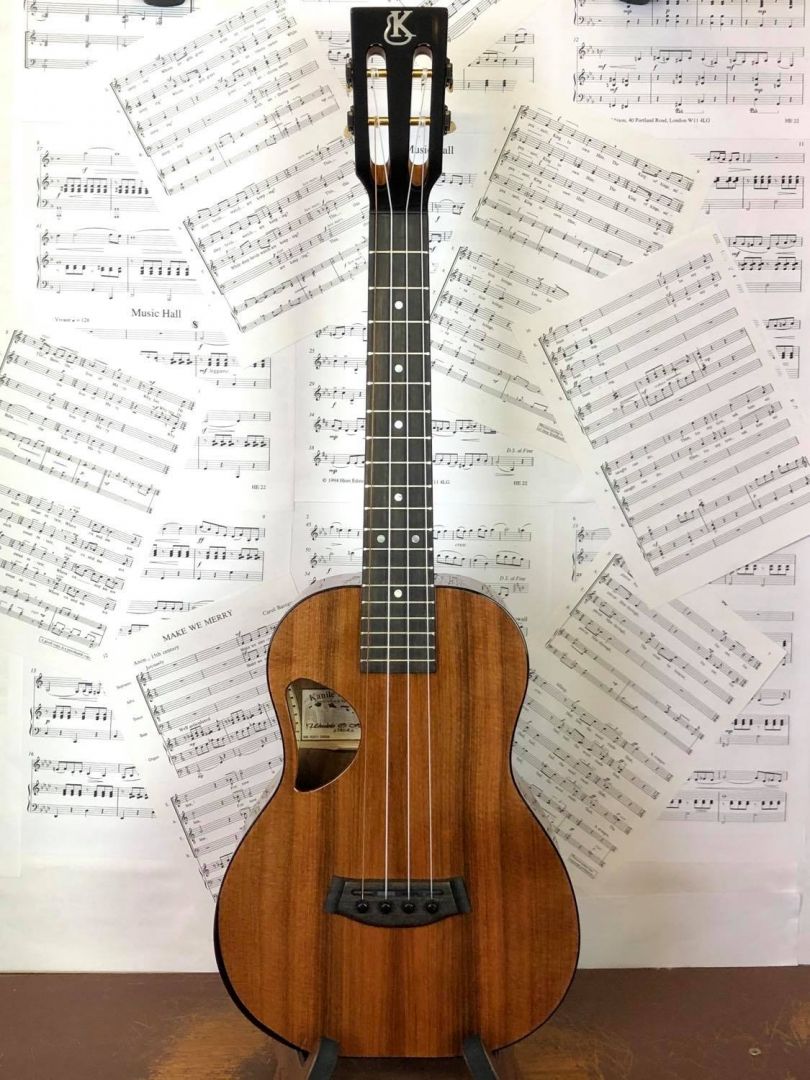 The D-series Kanile'a ukuleles are the most exciting new production line to be announced in 2021. Building on the foundations of their platinum model, the offset D shape soundhole and side port create a more detailed and textured tone for the player than any other Kanile'a tenor ukulele before.

Under the select redwood top is a special bracing pattern designed by Joe and Ka'hiau Souza that channels the sound to resonate upwards towards the players ear. It's actually fascinating covering up the individual soundholes to see just what a massive difference each one makes to the overall sound. You wouldn't turn your speakers away from you when listening to music so why would you turn your soundhole outwards if you didn't need to?

The sinker redwood tops on these instruments should not be underestimated or overlooked... Sinker redwood is from huge old growth redwood logs that were recently reclaimed from the depths of swamps and rivers (Joe recently mentioned it was from a South American Country). The grain is tightly knitted together and the dark hue of the colour is a great reflector on how this wood behaves. It has so much character and depth. The age and size of the trees are seen in the tight grain pattern which aids in projection and a more 'lived in' whiskey soaked tone. Its like cedar wood in many ways but with the wisdom of extra time on the Earth.

This initial batch of tenor ukuleles features the set of premium models. The DR-T is made of select sinker redwood on the soundboard with Hawaiian koa on the back and sides. The redwood acts in a similar way to cedar producing a very articulate and more flamenco inspired attack to each note as well as a warmth to strummed chords that is slightly less Hawaiian and more modern.

The traditional slimline slotted headstock adds some elegance to the overall look of the ukulele whilst also putting a bit more torque on the strings as they come through the nut. This gives the uke a touch more responsiveness and with the offset soundhole you can really notice each individual nuance that bit more.

The black Gotoh stealth tuners are a fan favourite with Kanile'a players and the stunning traditional look of the wood and forward thinking nature of the body design make for an heirloom quality tenor ukulele. Sweet but confident and direct - wow!