None of the team here at SUS could make it up in person to the Grand Northern Ukulele Festival in May 2016. Thankfully though, friend of the shop Nicci was on hand to interview a couple of the performers about what influences the music they play and the tools they use to do it. 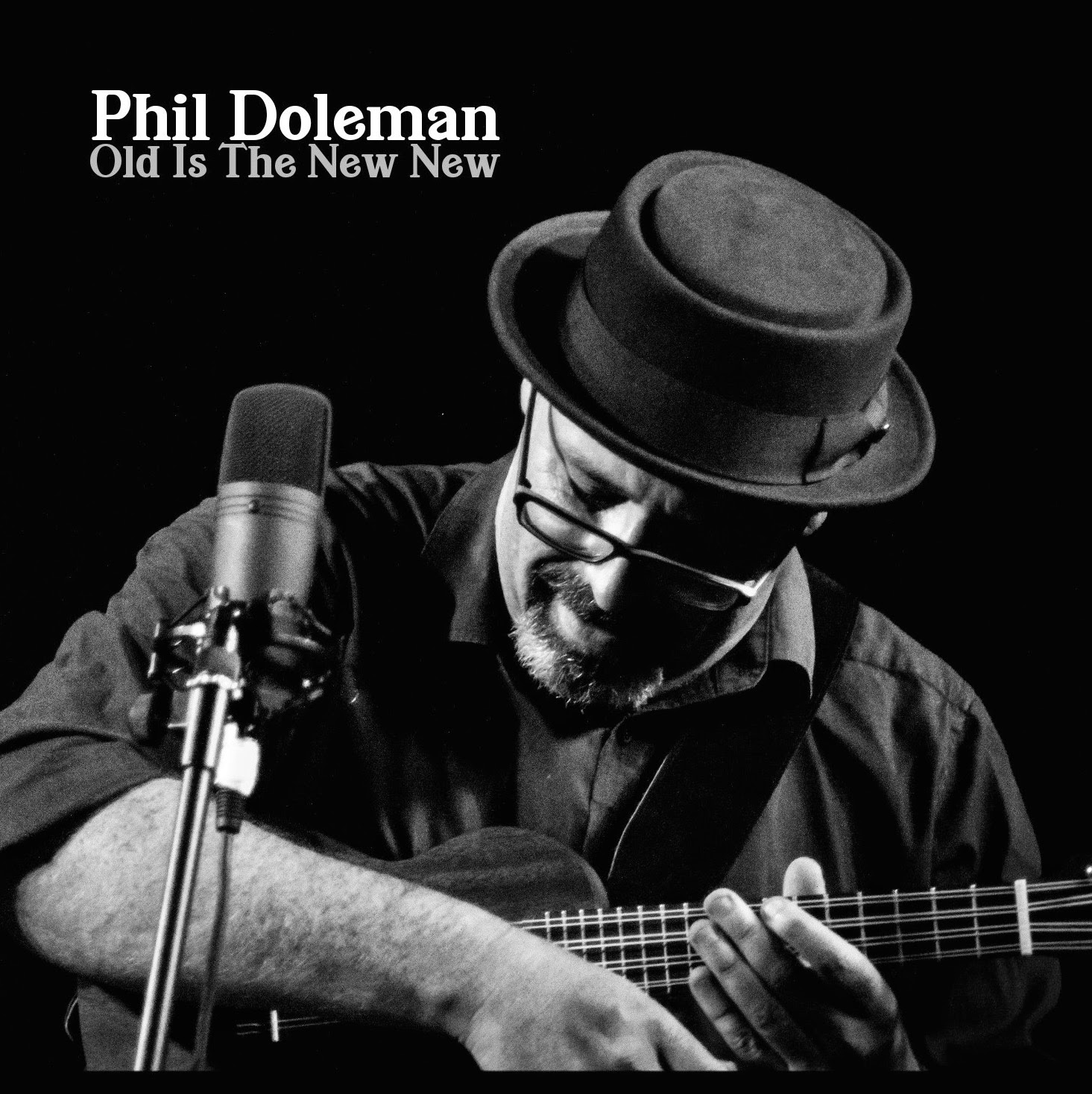 What ukulele do you perform with?

I have got a couple but my main one is a resonator ukulele that was made for me by my friend Sven in Sweden. It’s an Argapa, which is Swedish for angry monkey. It’s a really loud, brash little thing.

What pickup do you use?

I don’t. Don’t plug in, I’m very, very old school. I point a mic at it and it’s one of the reasons I play a resonator a lot of the time, why I play finger-picks, because I need to make a lot of noise towards the mic. And I’ve got a loud voice as well so I need to match the two things up.

Is there any reason you don’t use a pickup and prefer it natural?

I like the sound. I think it sounds much more authentic, much more like a ukulele rather than some electric gadget. But also I’ve learnt over the years that the more stuff you’ve got, the more can go wrong. So I like to have as little stuff possible that has batteries, wires and cables.

What strings do you use?

I use Aquila High G strings. I’m an Aquila endorsee so I use them on everything.

What kind of tuning are you on?

What kind of tuning would you recommend for someone who’s never picked up a ukulele before?

I would say the same thing; C tuning with a high G is that real, typical ukulele sound. Plus so much of the learning material out there is geared toward that tuning.

What’s the appeal of a ukulele over other instruments?

I started as a guitarist, I played for years as a guitarist, and I still play guitar, but the uke for me - not only is it this brilliant instrument that I can just pick up and get on a train or a bus and go to a gig and perform without having to take a Transit van full of gear - it’s also a great instrument for playing in groups. It’s a very social thing so I get to meet a lot of people and play with a lot of people. It’s just people get together and have fun and make music together in a way that a lot of other musical instruments don’t tend to encourage people to do. 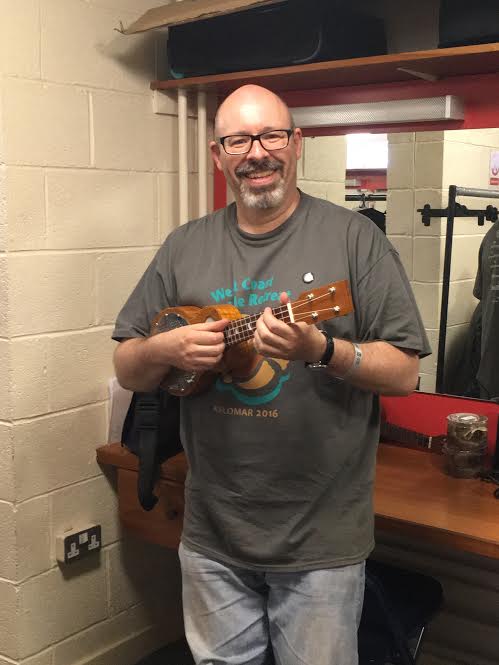 What is your favourite song or piece of music involving the ukulele?

The favourite one that I play on the ukulele at the moment is the one I was doing in the workshop which is Big Bill Broonzy’s ‘Trouble in Mind’, which I actually learned from Aaron Keim. My favourite one that people associate with the uke is really, really corny, but I’ve been asked to play it so many times, it’s ‘I’ll See You in My Dreams’, which Joe Brown did at the concert for George Harrison - the tribute concert when he died. He came on, huge band behind him with Eric Clapton and all sorts of people like that, he walked on with this little uke, did ‘I’ll see You in My Dreams’, and rose petals fell from the ceiling of the Albert Hall. And nearly every student that comes to me, comes to me because they want to do that. And I love it.

I would probably buy a new car first! For that money I could buy several entirely different ones because I’ve got some lovely ukuleles, they’re all tools, they all get taken out, they all get gigged with, they all get scratched, they all get beer spilt on them, but they’re tools to do a job with. I’d hate to buy something so expensive, I wouldn’t dare to take it to a gig.

You could just about get the uke I was playing in the workshop then which is a Koaloha soprano. Get one of those just about for £600. They’re Hawaiian made, absolutely beautiful, beautiful instruments - a joy to play. And I think you should get the best instrument you can because it will inspire you to play better. But there are lots of UK based builders who could build you something to your spec very nicely for under £1000.

What has been the best festival you’ve played at?

They’re all so, so different. Some of them are different to others in terms of how much it’s geared towards performance or geared towards learning. I think as an overall experience, for me a few weeks ago I went to the West Coast Ukulele Retreat. West Coast of America, in San Francisco, and I got to spend five days out there but it wasn’t a festival like this. Very little performing, it was all teaching; like a proper full timetable. But it was just an amazing experience because when I took up the uke I didn’t think that 14 years after picking up a uke I would have gone from just strumming a few songs in my living room to playing festivals to going to other countries to going to America and it’s absolutely insane that that’s happened.

So what’s the furthest you saw playing the Ukulele would take you?

I never thought it would go anywhere. When I started playing, there wasn’t a uke-boom at all. When I picked up a uke you couldn’t get a decent uke in this country. If you saw someone play the uke it was a film with George Formby in it or it was a George Formby impersonator or it was the Ukulele Orchestra of Great Britain. Or maybe, if you’re watching American TV, Tiny Tim. And that was about it. The guy that is playing guitar with me here, Ian, we toured together - he’s a great uke player, as well - we played together for years as a duo. When we started, we wanted to form a band. We couldn’t find anyone else. There were two of us and that was it. We couldn’t buy ukuleles in this country, we had to order them. We just thought it would be this tiny little niche thing, and year after year it got bigger. Then there was a festival, then there were two festivals, and then there was Southern Ukulele Store opening. Lots of other shops opened up selling really good ukes in the UK. And every year you think the bubble’s gonna burst and it doesn’t. It just gets bigger and bigger and bigger.

What’s your favourite kind of music to play?

I play music from the early part of the 20th century. So 19-teens, 1920s. Most of it leans towards Blues, which is what I’ve loved since I was a teenager.

Do we need more ukulele in the Top 40?

How grateful are people generally for workshops like this?

The workshops are a great thing, because there are so many ukulele clubs. So people get together and they get together for the social aspect of it and they get together to song together, make music together, make their own entertainment. But a large part of what I do is travel around visiting clubs and I probably visit 30 or 40 clubs a year to do workshops for them. And I nearly always go back to those clubs the next year or 18 months later. I get to see how they’ve changed and how they’ve developed what they do. I think it’s quite important for a lot of clubs to keep the momentum going, keep getting better and learning more stuff and just really turning it from something that you just learn three chords and then you stick on this plateau. I think a lot of people now want to do more with it and they want to be musicians. They want to play music, play with other people, not just feel like ‘oh, I’m just a uke player. I can’t join in’.

So many little Ukulele communities now...

Oh, absolutely. I see a lot of people come to lots of workshops. People in that workshop I know because they’ve been to my workshops previous years or I’ve been to their clubs or some of them are my students who come to me for private lessons. They’re just really eager to learn. A lot of people who are learning, it’s their first instrument they’ve ever played and they’re learning it later in life. So I have students who are in their 60s, 70s. My student Keith is 85, never played an instrument before in his life. For him it’s a chance to use his brain and learn to do something that he always wanted to do and keep busy and active and have a full life. It’s working for him. 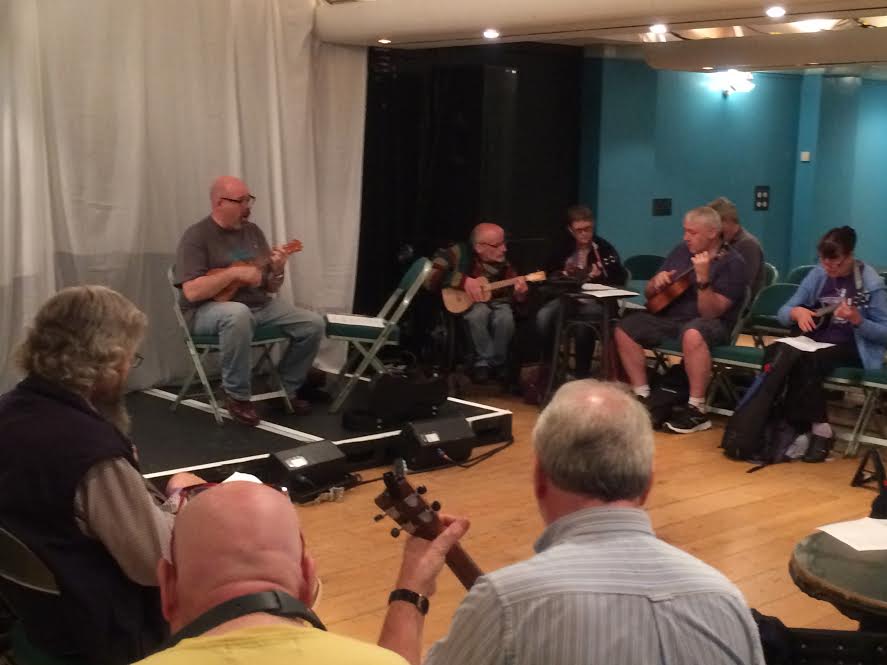 Special thanks to Nicci and Phil. Keep checking back for more interviews in the coming weeks.

Phil Doleman can be found at many Ukulele engagements across the UK and beyond. For private lessons or to listen to his music - please visit www.phildoleman.co.uk