So here we are again; about to dive head first into August and all that comes with the 8th month of the year. July has been a great month for us at SUS as we finally had long awaited deliveries from Pono, Risa, Goldtone, Anuenue and Kala. The CITES restrictions on Rosewood pretty much dragged our industry to a halt for six months so when everything seemingly landed at once, all of the staff here spent days quality checking and tuning up Ukuleles. I for one have the open GCEA notes of the Ukulele firmly implanted in my brain and keep finding myself startled by the sound in the middle of the night! If you are after a Banjo Ukulele or some Preloved bargains then it looks like August is your month.

We also said goodbye to our longtime colleague Adam this month. After several years on the workbench fixing and improving Ukuleles - he has decided as we all do that now is the right time to go and live in the woods in France. Adam will be missed but his rendition of the Jurassic Park theme on our Youtube channel will live on. 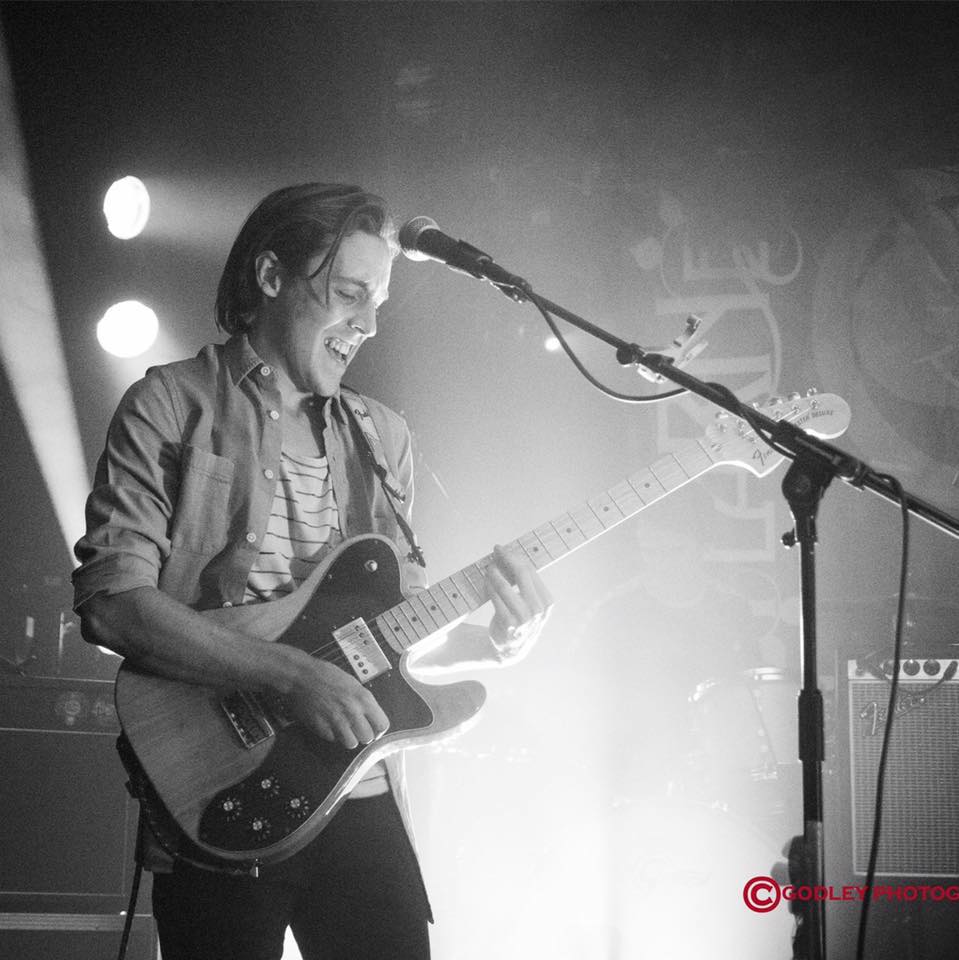 (Adam playing his extended scale 6 string Baritone Electric Ukulele made famous by Fender before everybody switched to smaller Ukes with 4 strings.)

Fans of Adam can keep up to date with his travel blog here.

You have all heard of Pete Howlett I'm sure? Ukulele builder extraordanaire, teacher, mentor and a man who still enjoys trying to innovate with his new builds whilst charging to his 1000 Ukulele finish line. Some of you would also probably agree that he is Facebook Live's most frequent user! 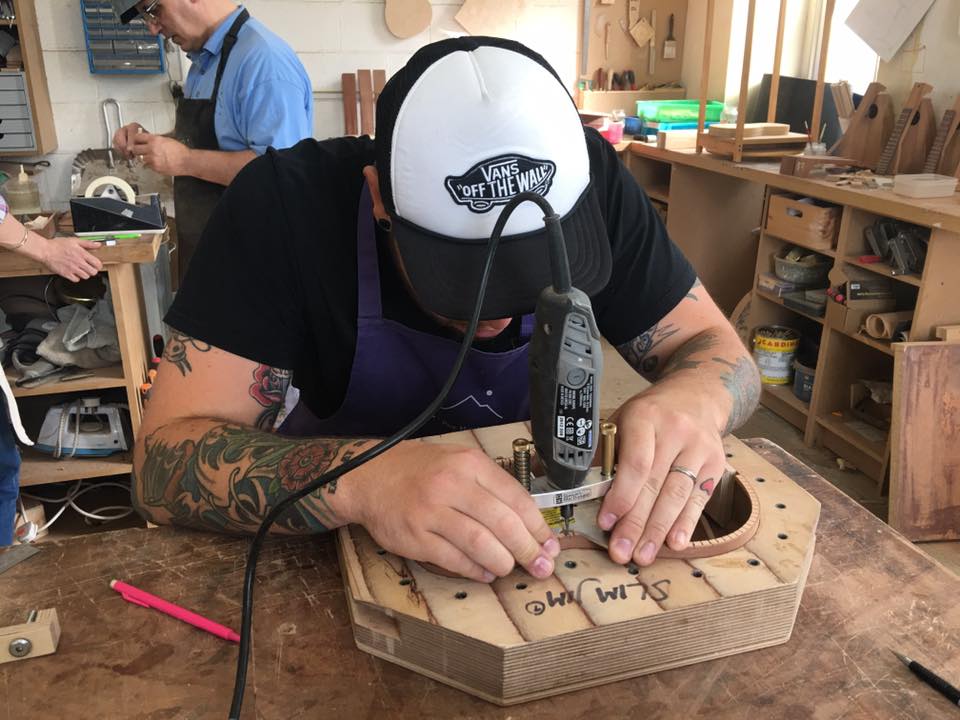 He invited our resident repairman Phil upto Wales for a week to build his very own Ukulele and judging by the wonderful instrument he returned with; it couldn't have gone better. Phil made a solid Makore Tenor step by step with Pete, Tommy and some other students starting with just the bent sides in a brace. We highly recommend attending one of these workshops with Pete if spots become available next year because the feeling of making your own instrument for some people has to be right up there on the bucket list. Phil has been demonstrating his elation with his peacock walk around the shop all week and we can't put the Ukulele he made down. 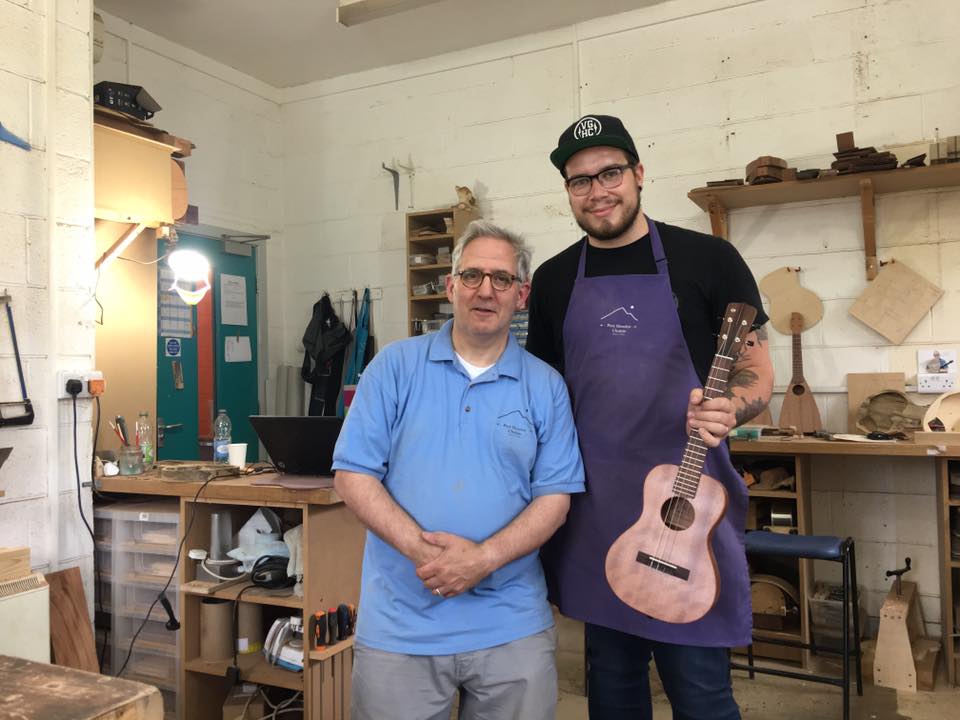 Of course if you prefer to play your instruments, we have a couple of Howlett's in stock at the moment that don't require any assembling or carving and with the greatest of respects to BIGPHIL#1 - Pete Howlett has been through this more than 800 times. With the benefit of experience on his side and some of the finest woods in the world at his disposal, they are worth every penny. 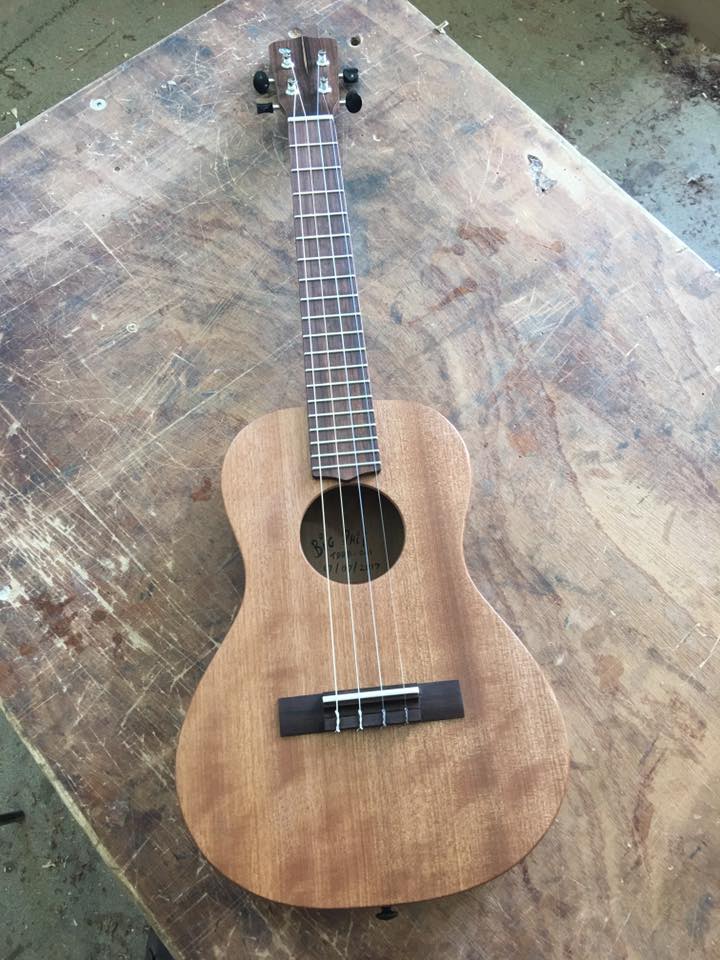 What do you think of Phils Uke?

More Banjo Ukuleles than ever before

Getting a decent selection of Banjo Ukuleles in the shop at the same time has been a near impossible task. Not nearly enough suppliers offer a Banjo Ukulele and the ones that do are often waiting months for stock or in a far off corner of the world. For the first time that I can remember, we have various options from Barnes and Mullins, Deering, Gold Tone and Magic Fluke instore ready to try. If you haven't had chance to play one yet - the new Magic Fluke Tenor Banjo Ukulele is fantastic. I am so excited to finally have these here after trying the prototype at NAMM at the start of the year.

Check out our stock now! 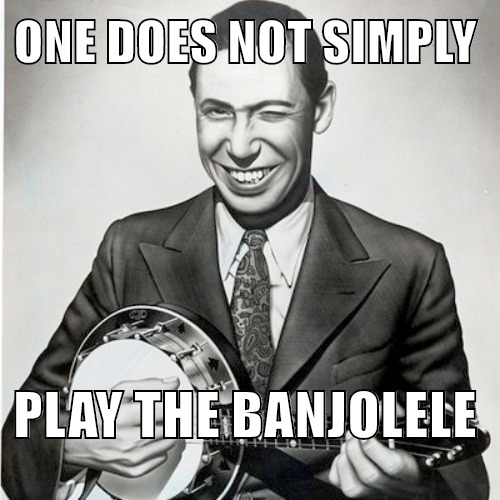 (Alex's note: It is incredibly hard to write about the wood Holly without writing Holly wood which makes people think of Hollywood.)

The very rare and special Martin 3K we had in stock sold within an hour of the newsletter dropping your mailboxes. I still get excited after all these years when something unique turns up. This month, we have a very unique Phil Davidson Soprano Ukulele.

We have here a solid top, back and sides Holly Soprano Ukulele made in 2003/2004 by Gloucestershire based luthier Phil Davidson when he was still based in his old Bristol workshop.

This Ukulele has some really lovely intricate aesthetic touches that make it extra special including a holly tree inlay on the headstock, a matching holly neck and the light colour of the top, is offset wonderfully by the light stain mahogany binding. It sounds fantastically sweet like the Maton Tasmanian Blackwoods and is reminiscent of some high end Cherry instruments we have seen in the past. We just treated it to a new set of Fremont Blackline strings and it has just the most gorgeous complex sound to it. The instruments that manage to look understated but have some flair in the build are our favourite kind! 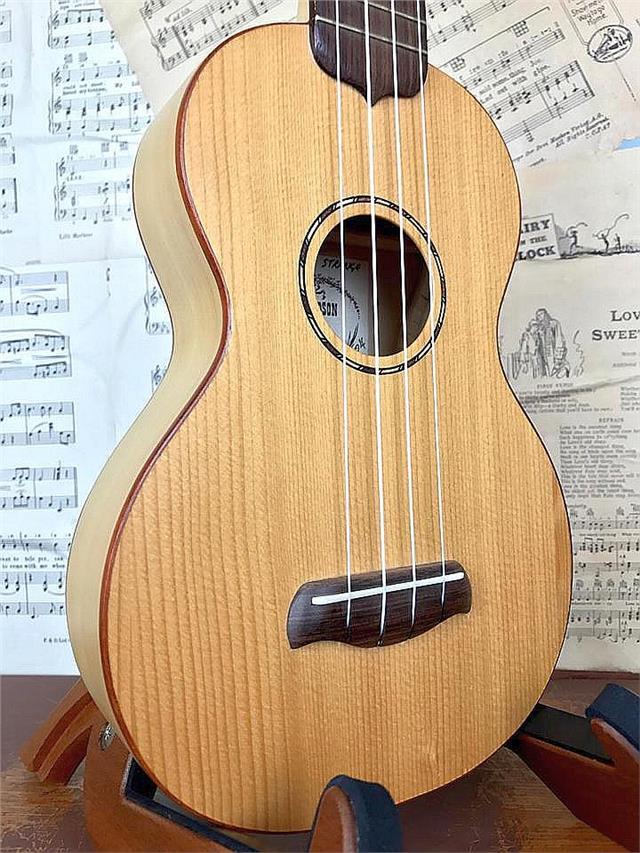 This Ukulele has been well looked after and having spoken to Phil Davidson before listing it for sale; he remembered everything about it straight away and we can trace the Ukes 14 year journey to the shop right back to the original owner and day one in Bristol. For a teenage instrument, it looks in excellent condition - sure the hard case shows some wear and tear (don't we all) but I was still shocked to see the date in the soundhole the first time such is the lovely condition it has been kept in.

Something a bit different

Here at SUS we have been privilaged to work at times fairly closely with some members of the Ukulele Orchestra of Great Britain. Although I never personally spoke with Kitty Lux before her retirement from live performance, we were still incredibly sad to learn that she had passed away a week or so ago after quite long battles with ill health. Kitty was a founder member of the band along with George and had a lovely voice that jumped across genres every bit as dynamically as the music the UOofGB produce. 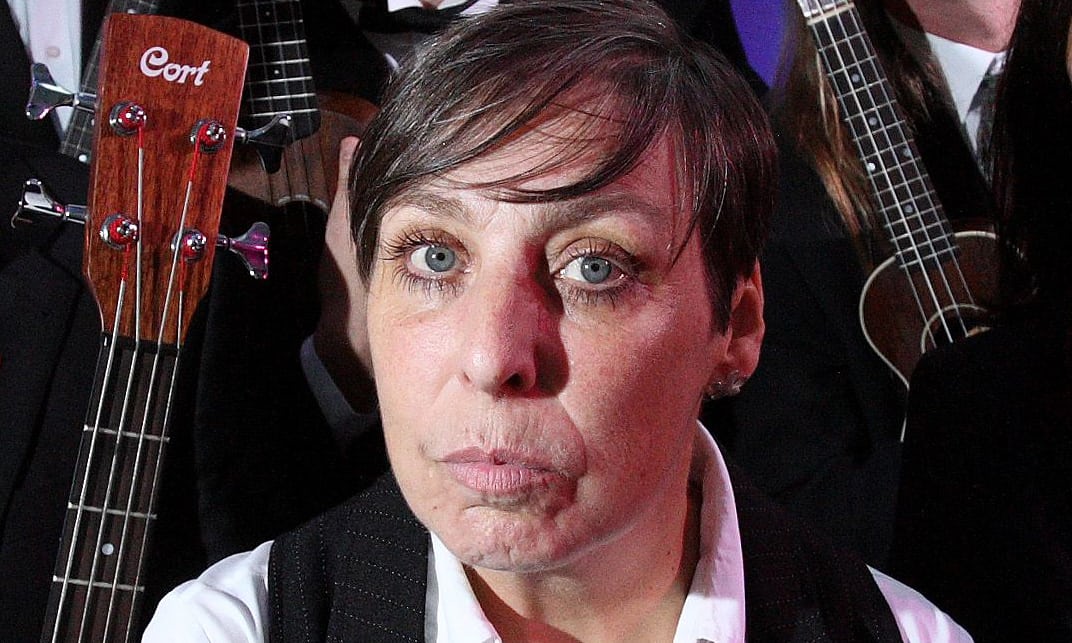 So, in tribute to Kitty I have included a link to quite a random video I found earlier this week. Rather than showcase her wonderful voice or playing; I figured it would be more appropriate to show her having a bit of fun with the rest of the band way back in 1989.

Until next month
Alex

Testimonials
Dear SUS,
Just wanted to drop you a line to thank you so much for your help and great advice on sorting out my second ukulele purchase. Special thanks to Rob for answering my many questions and pointing me in the right direction. I wanted a high end ukulele and I was interested in the Kanile'a K1-T tenor ukulele. I called Rob a few times and he provided me with all the information I needed on the brand. I never felt rushed into anything and Rob was kind enough to go over everything with me for as long as needed to make sure I got the best ukulele for me...
READ ALL >>
[contentblock id=3]
My Wish List
Last Added Items
Go to Wish List
You have no items in your wish list.